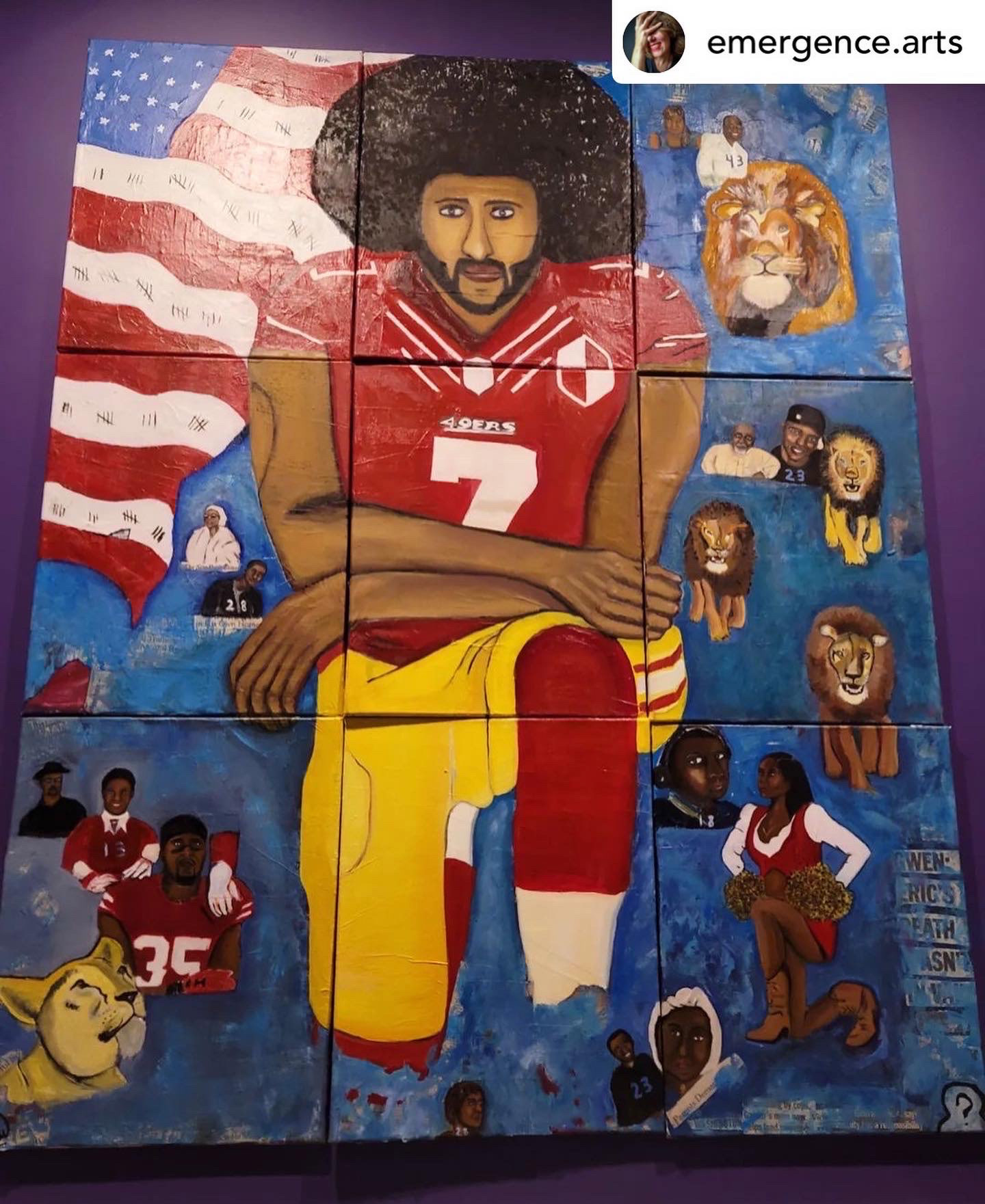 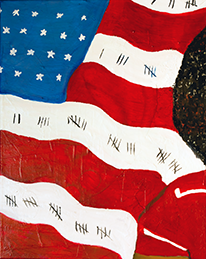 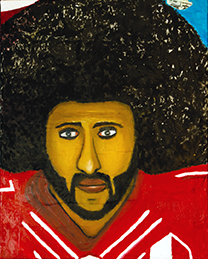 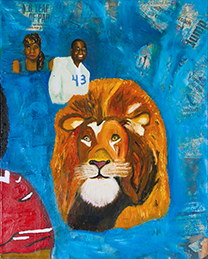 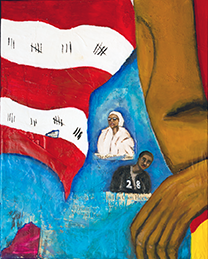 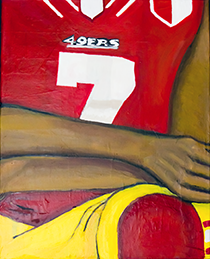 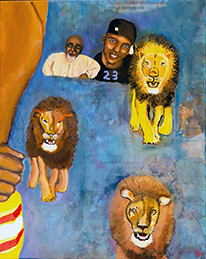 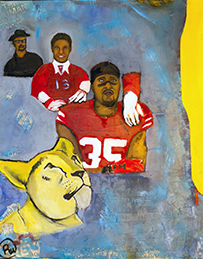 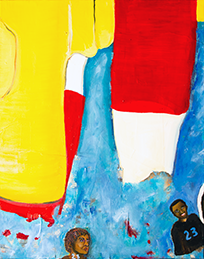 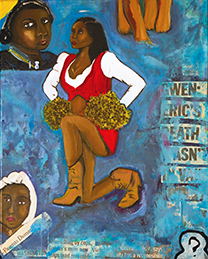 For an immersive experience:
Swipe right on @middlemen_doc Instagram to watch clips from the documentary Middlemen that inspired each panel.
You can also view each clip below.
Museum of the City of New York
New York Responds Exhibit: December 2020-April 2021
For tickets: https://www.mcny.org/exhibition/nyresponds 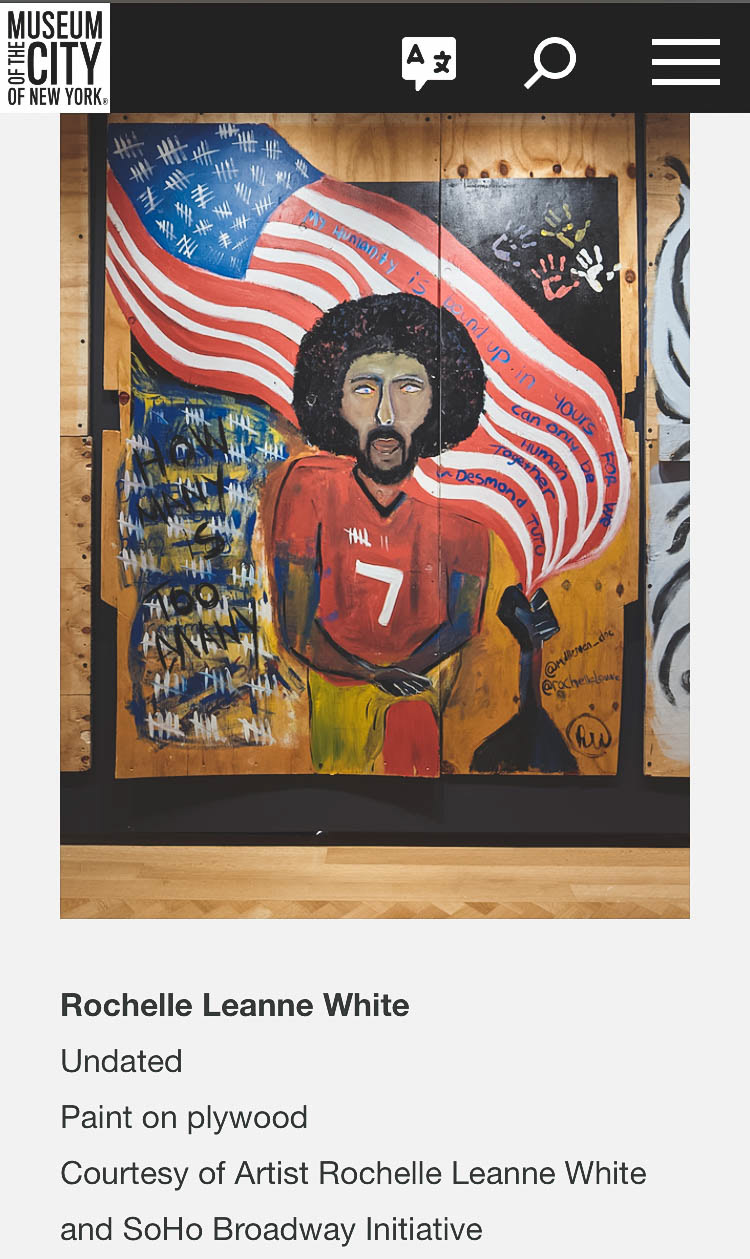 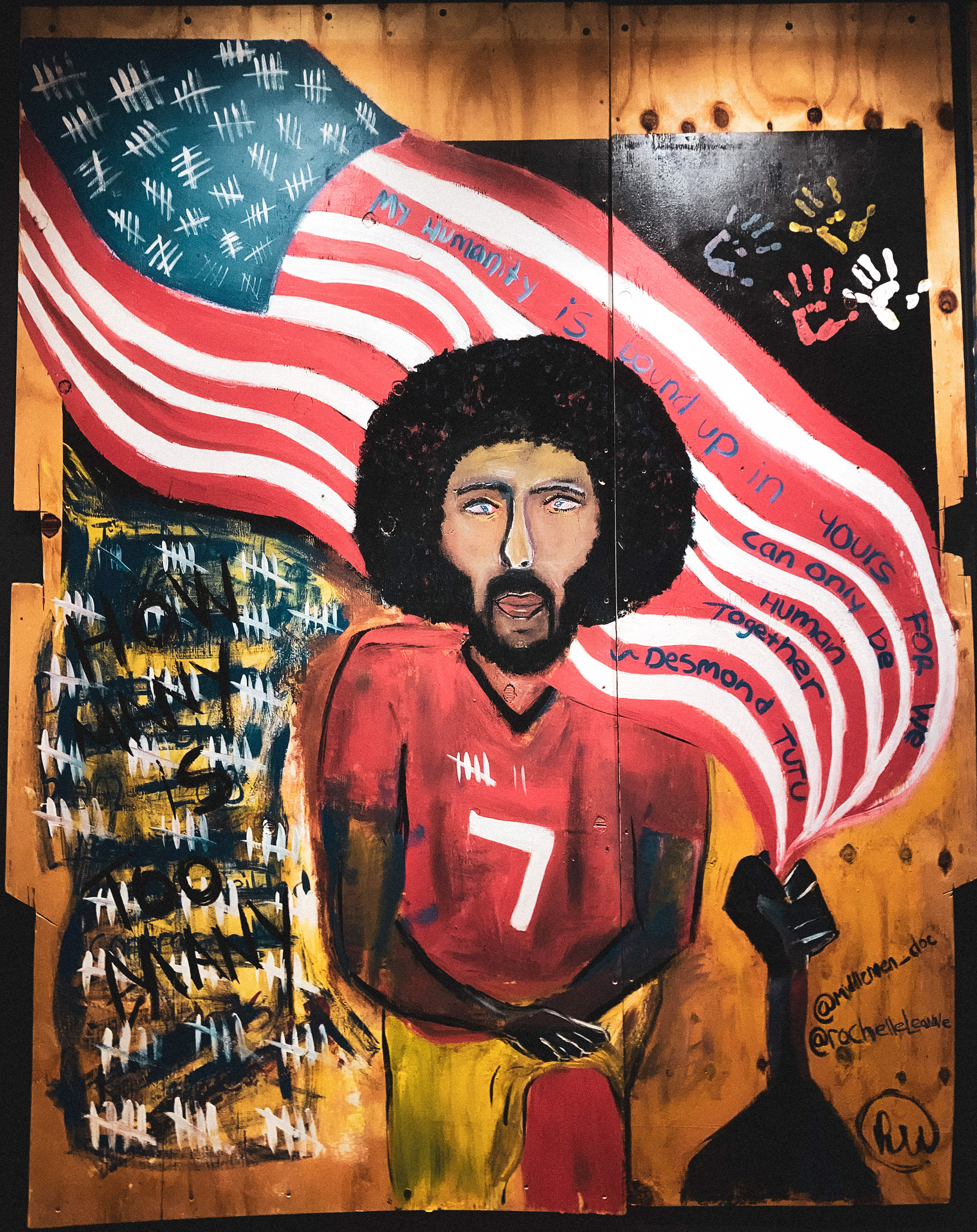 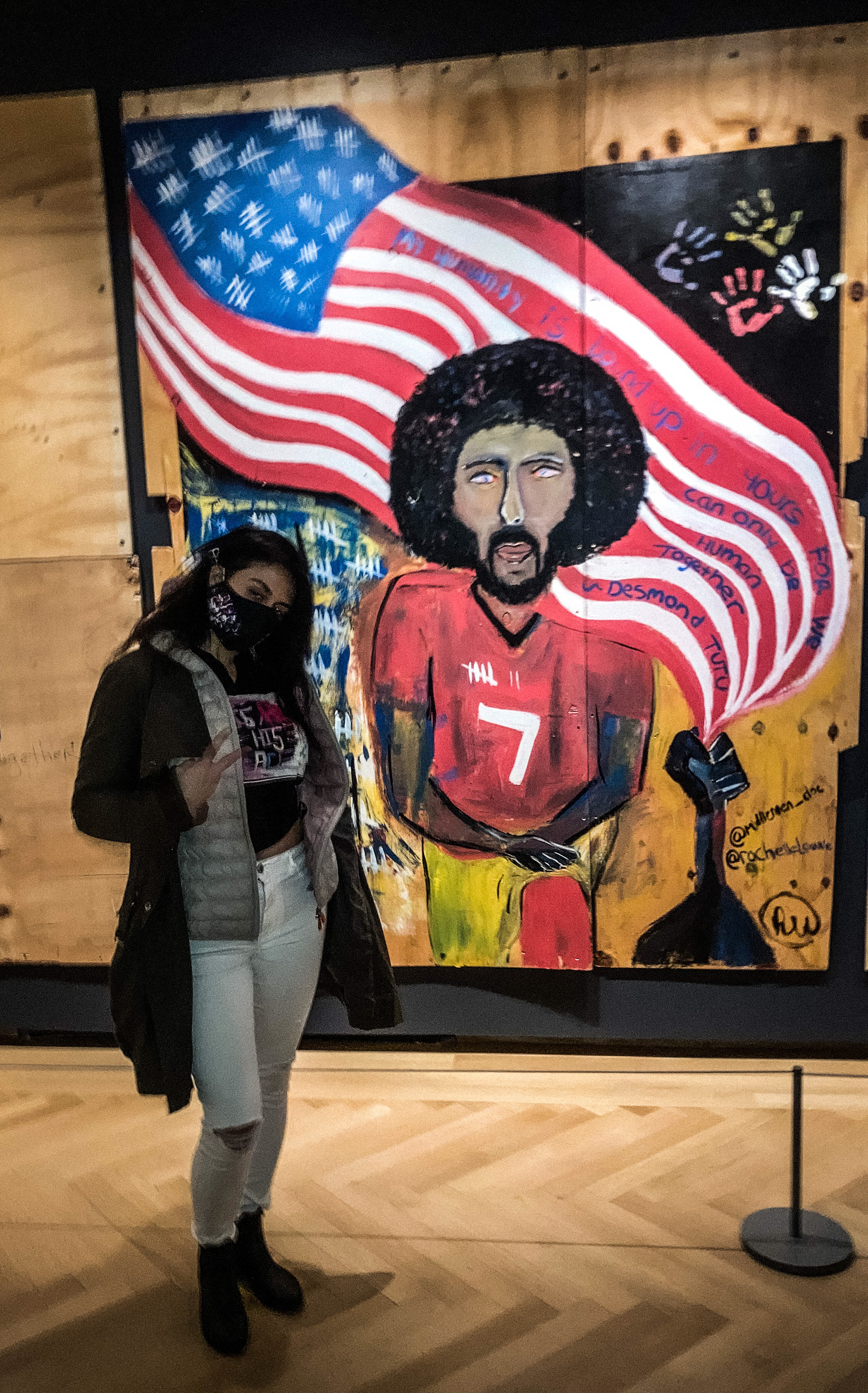 ARTIST Q&A
What inspired the piece? Is it part of a larger body of work?
This piece is inspired by an A/R painting called Kaepernick’s Knee which is in production and documentary a film, titled MiddleMen, in post production which is about New York families coping with the loss of their unarmed children in a thin blue line society. Colin Kaepernick taking a knee is symbolic of bringing human rights issues in front of America in a place where people would never want to see it.
Football is one of  ‘America's' favorite pass times. America is suppose to represent freedom attainable by all but the truth is that inequality and racism prevents true freedom. We must listen to heal and support people who have the courage to tell their stories. Kaepernick spoke with silence. This piece responds to his actions, “ I hear you and see you. I respect you and appreciate you for taking a knee.”

How do you see it relating the larger events affecting New York and New Yorker's during the spring and summer of 2020?
I am one small voice armed with a paint brush. As always, the power is in the unity of the artist work that continued to speak to on-lookers after we left. Art is a powerful agent for social change. I got involved because I see a host of criminal justice system issues that need to be addressed. One of the major issues in New York is police transparency. The blue wall of silence should come down. Other notable issues are the use of excessive force, negligence, and indirectly the disenfranchisement of black wealth
Over the years, one issue stuck out more than most, this is officers creating probable where there is not any. This is in part caused by CompStat, a system that uses performance goals, established in New York. When police officers (people bound by ethics) abuse their position of power in jeopardizes their ability to serve the people. Other issues more notable are the use of excessive force, negligence, and indirectly the disenfranchisement of black wealth, home ownership, and years of policy that has broken up black families. New York, as the rest of the U.S. is very representative of all that. New York is representative of people who come together for change and has implemented reforms. Summer 2020 reinforced this dual reality. When people are judged based on their skin color it can be deadly. And we witness this over and over again.
The painting points out our humanity is tied to one another. To reach out greatest potential as a human race, we should all not only be free but help fan the flames of others. Racism and prejudice is small minded and prevents this. It produces insecurities and hate. This hate weakens society, it pollutes the mind, it creates pain, and bares no fruit in the eyes of God nor of man.
Escape Arts
RESPONSIVE COMMUNITIES” Interactive Exhibition on Gender-Based Violence
Exhibit: December 2019
Details: The Mayor’s Office to End Domestic and Gender-Based Violence (ENDGBV) and the Escape Artists Collective invites you to an evening dedicated to celebrating the power of art in gender-based violence prevention, healing, and advocacy! 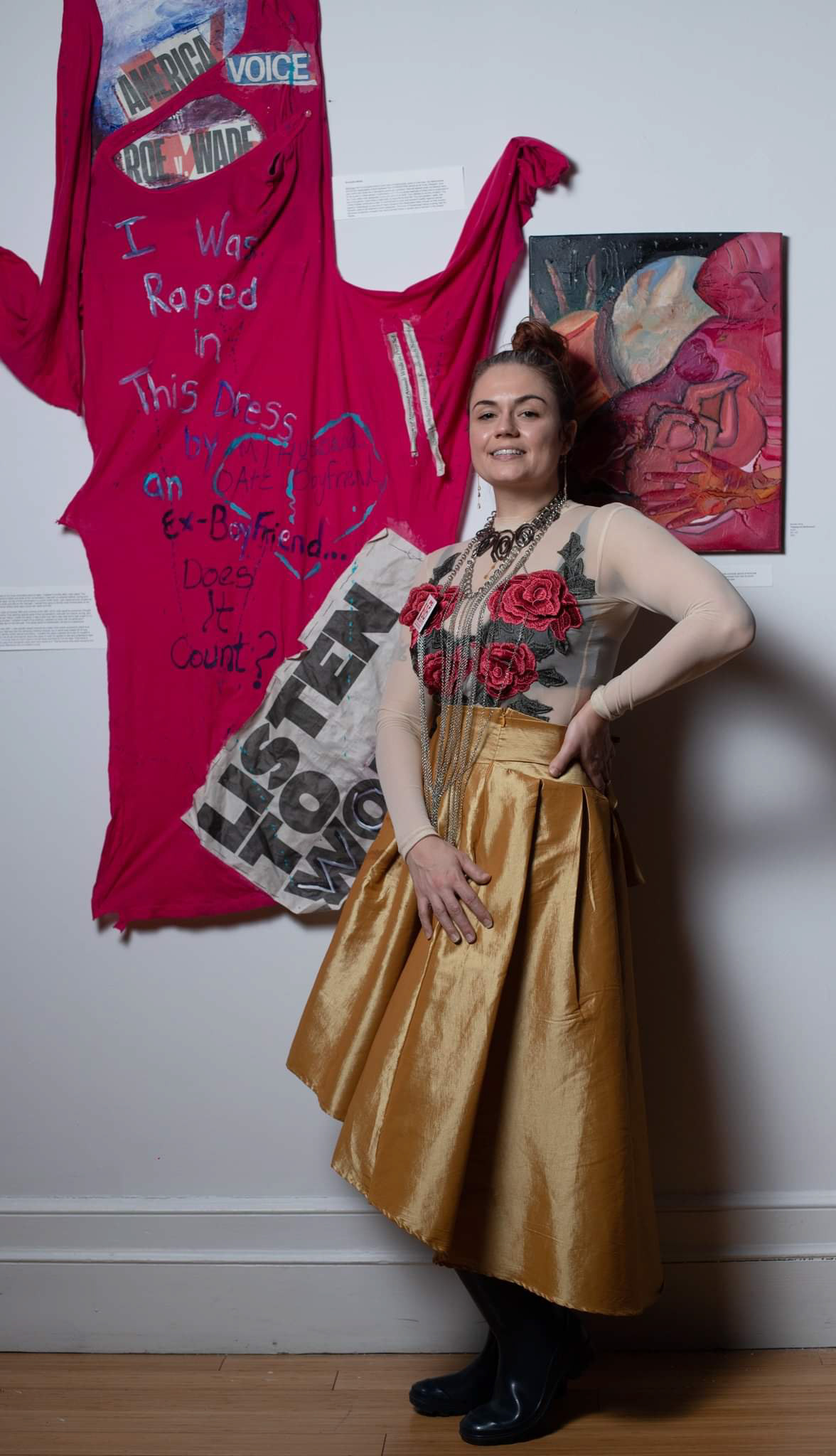 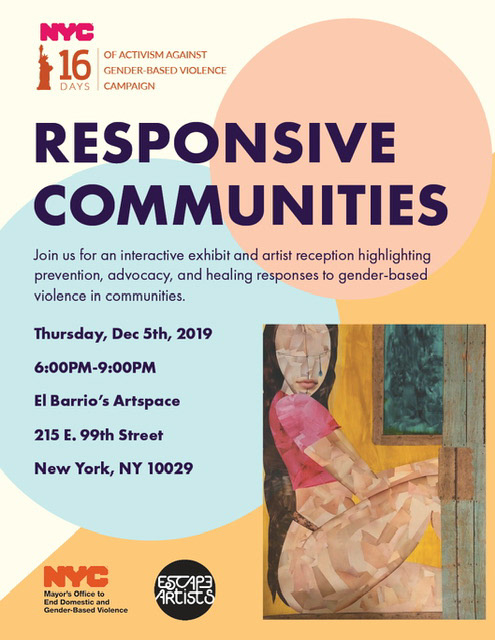 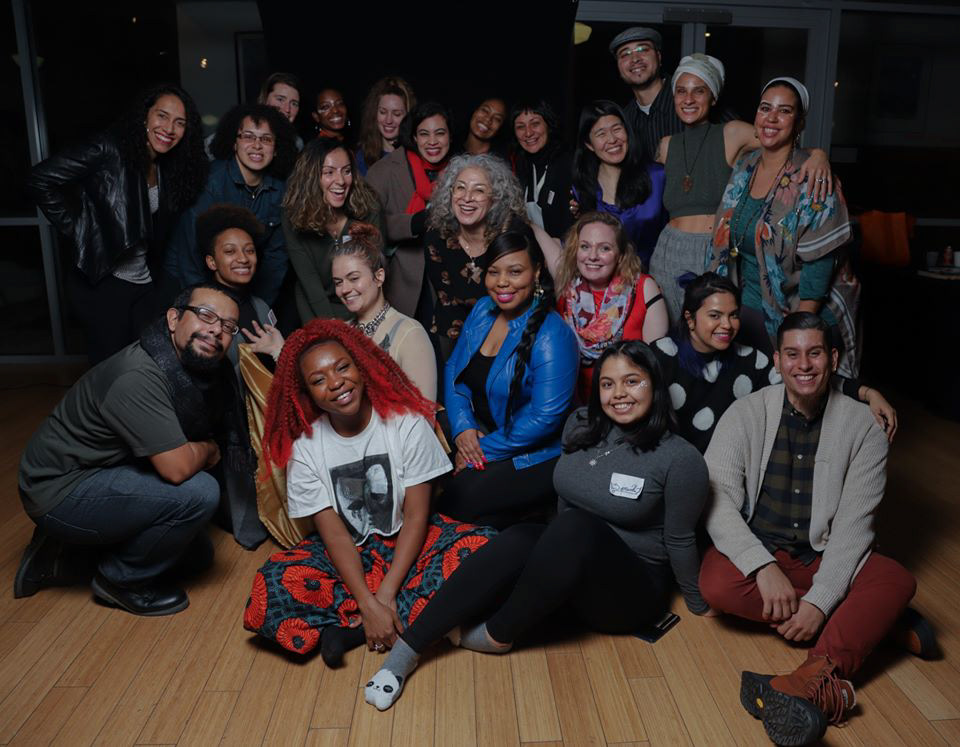 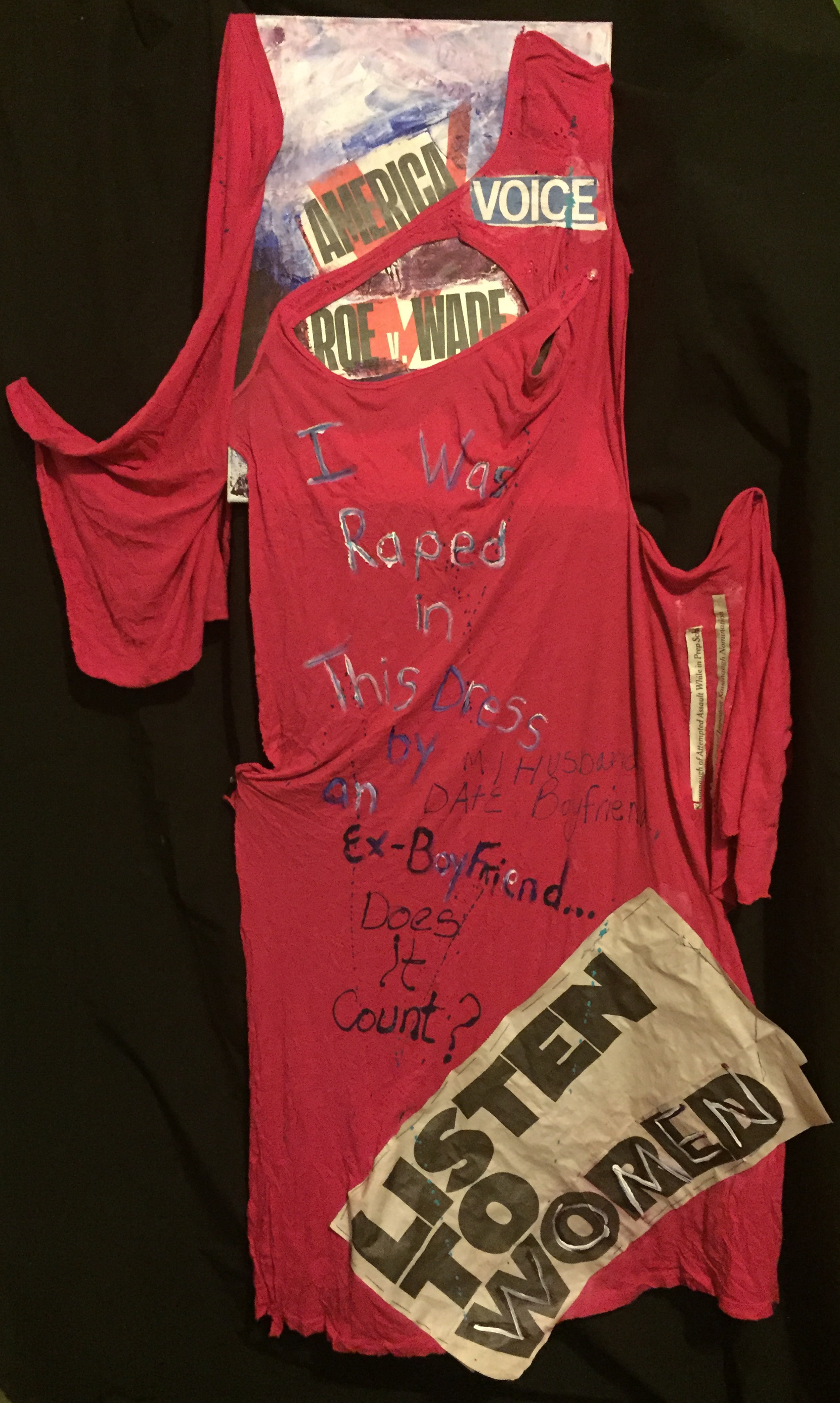 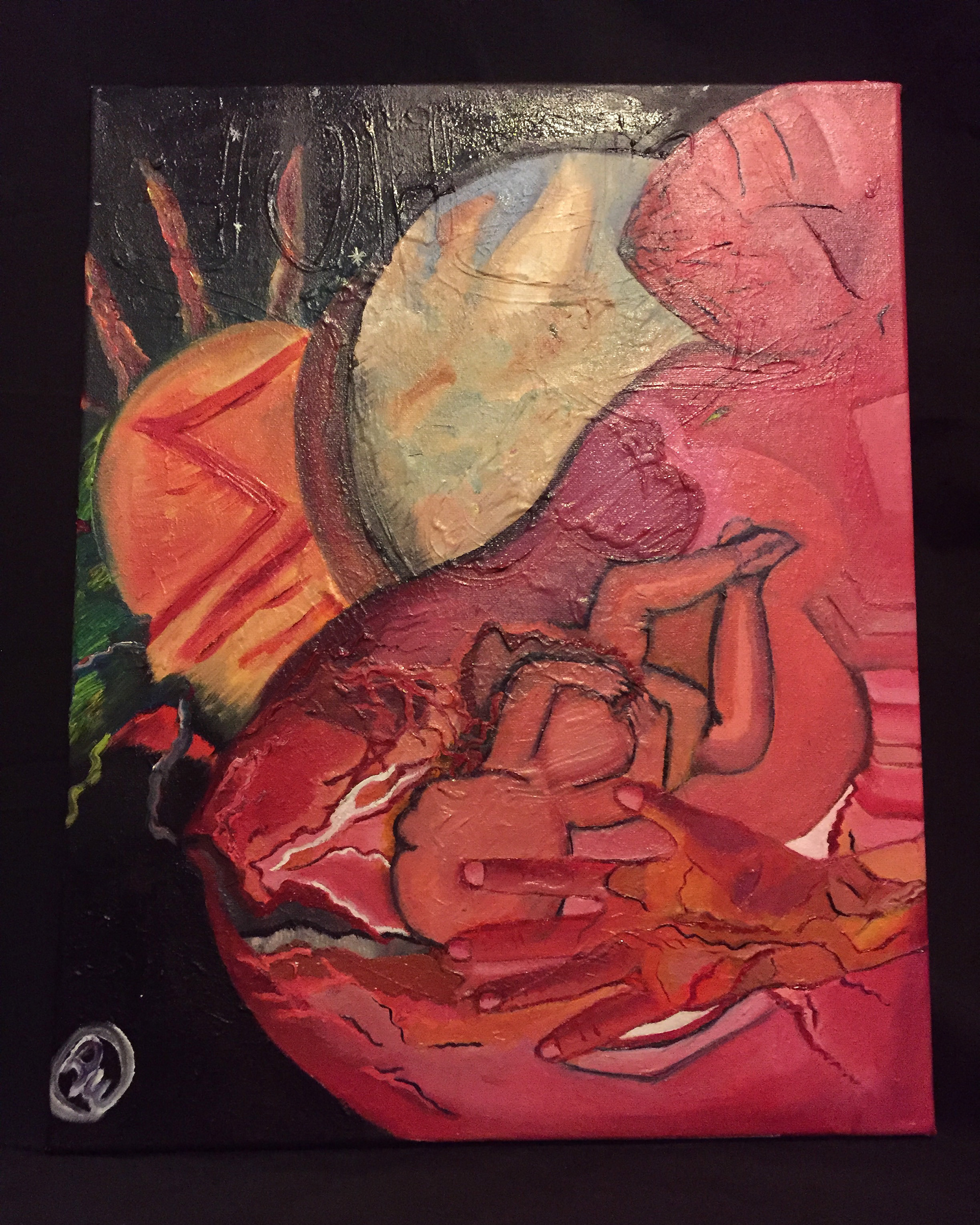 DOES IT COUNT?
Is created to evoke awareness around sexual assault and rape in relationships. Many men and women are uneducated about consent. Men/boys who commit acts of sexual assault in relationships, on a date, by an ex-boyfriend or someone who she was sexually active with in the past entitles the other person to sex. #Women are not property. A significant other is not property even in marriage. It must be a respectable union between two consenting adults at all times.
I Corinthians 13:1-13 is a great example of what this is can be.
The United States continues to lack in commitment to girls and women's safety against sexual assault. Kavanaugh is just one of many injustice and despicable black clouds on this country. Women need to be listened to and respected. The irony of Kavanaugh being a swing vote for the issue of abortion reveals how disconnected those in power are to women in the United States.
I have since destroyed the dress as a symbolic measure of freedom.
16 x 20 Canvas Painting – Stepping into Motherhood.
Mothers are connected to the vast universal world. Feeling life inside your body, move and breath is proof that we are all miracles. For me, it was a different and simple time before the smart phone and wi-fi was everywhere. I am so grateful for those days and being able to carry my daughter into the world then. I am also happy to watch her grow into such a smart, beautiful, intelligent young lady.
Escape Arts
RESPONSIVE COMMUNITIES” Interactive Exhibition on Gender-Based Violence
Exhibit: November 2018
Details: The Mayor’s Office to End Domestic and Gender-Based Violence (ENDGBV) and the Escape Artists Collective invites you to an evening dedicated to celebrating the power of art in gender-based violence prevention, healing, and advocacy! 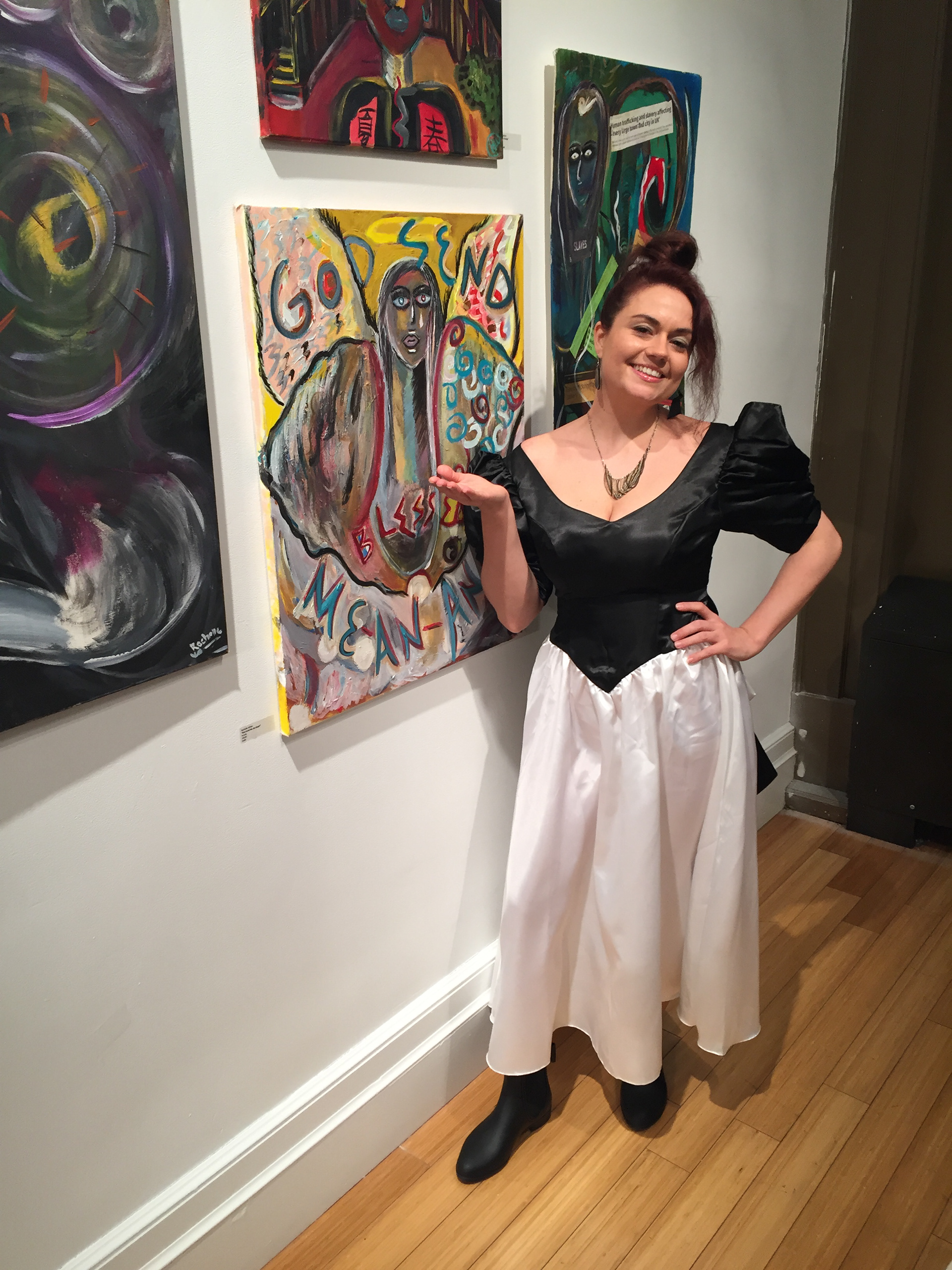 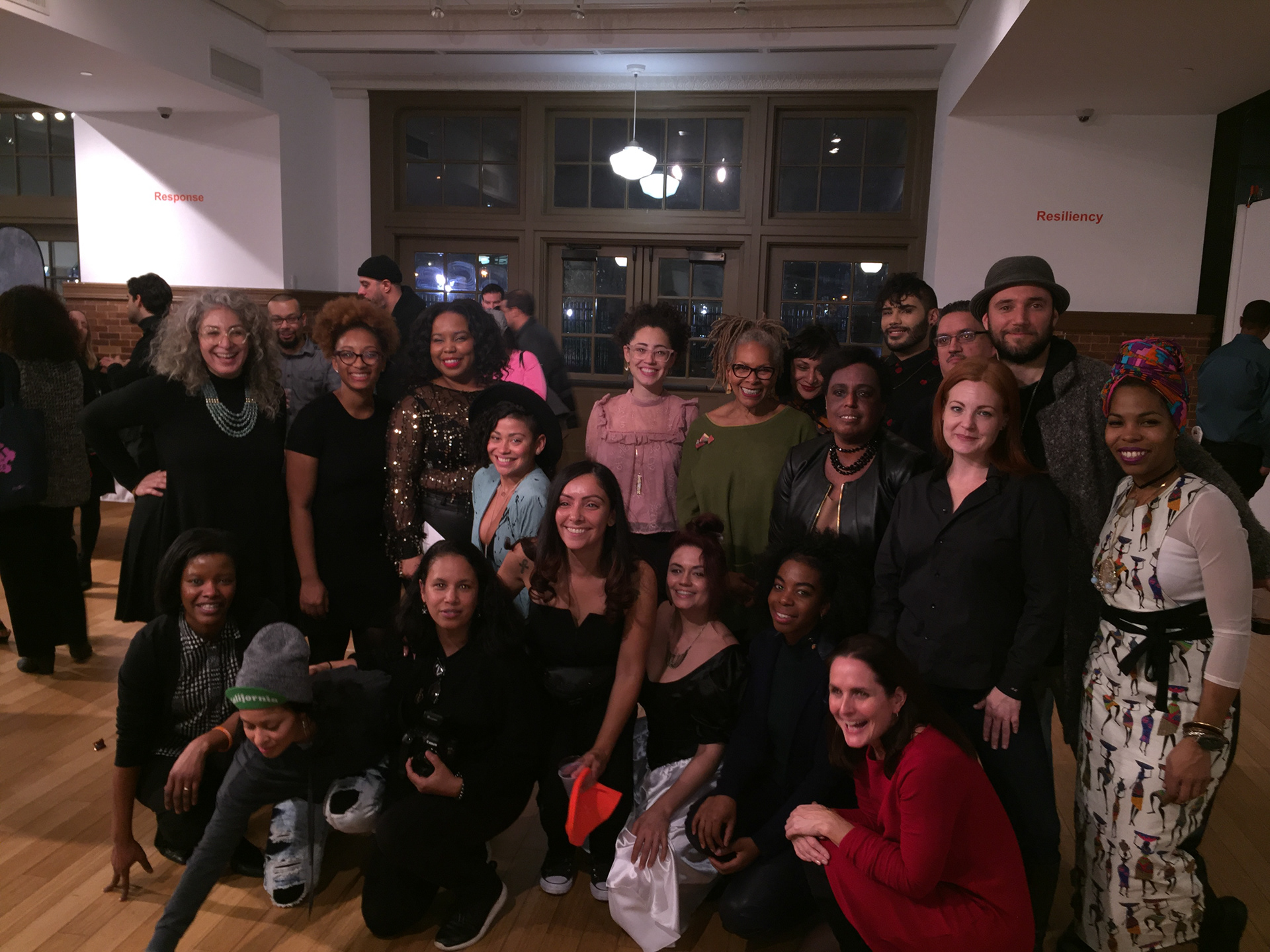 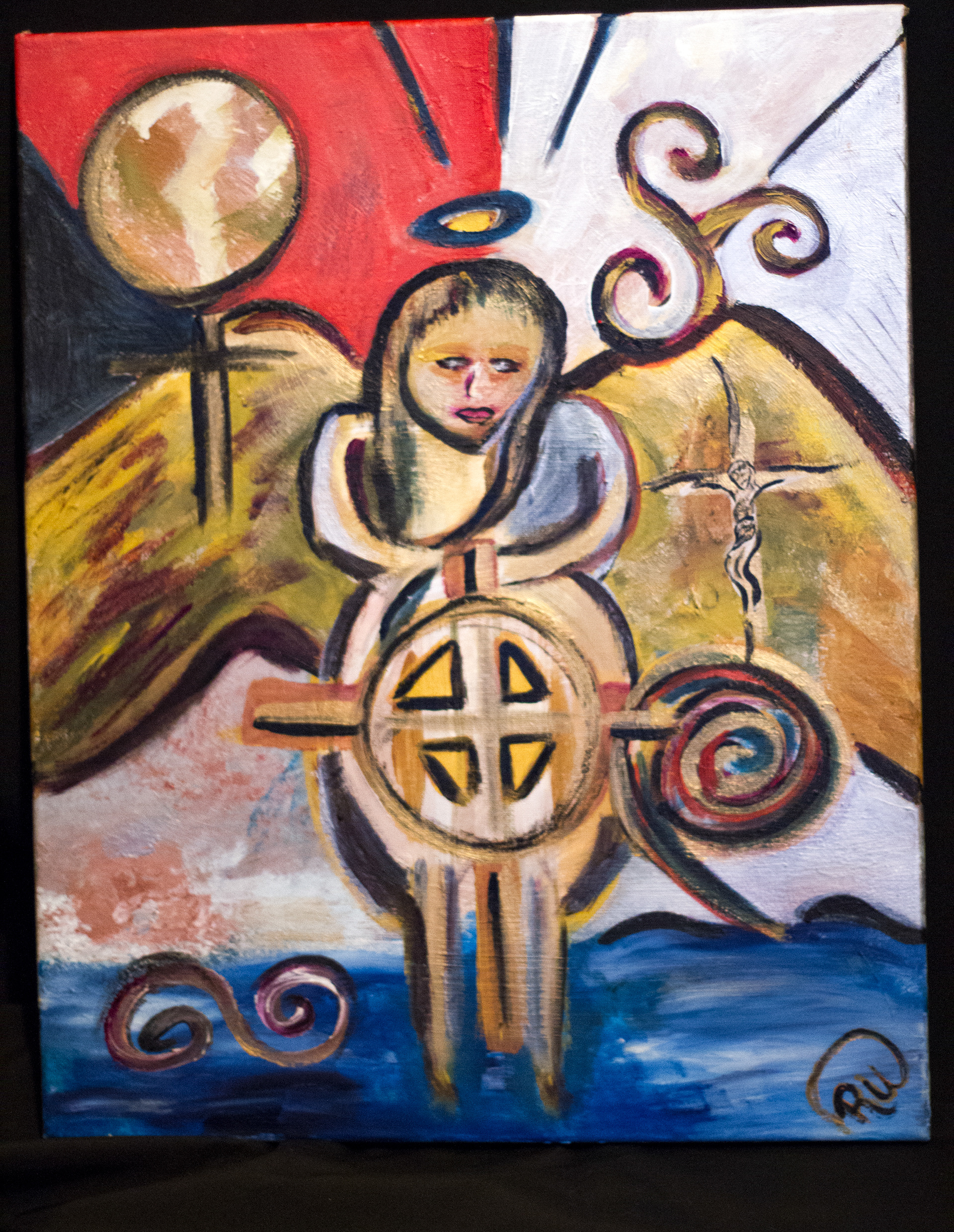 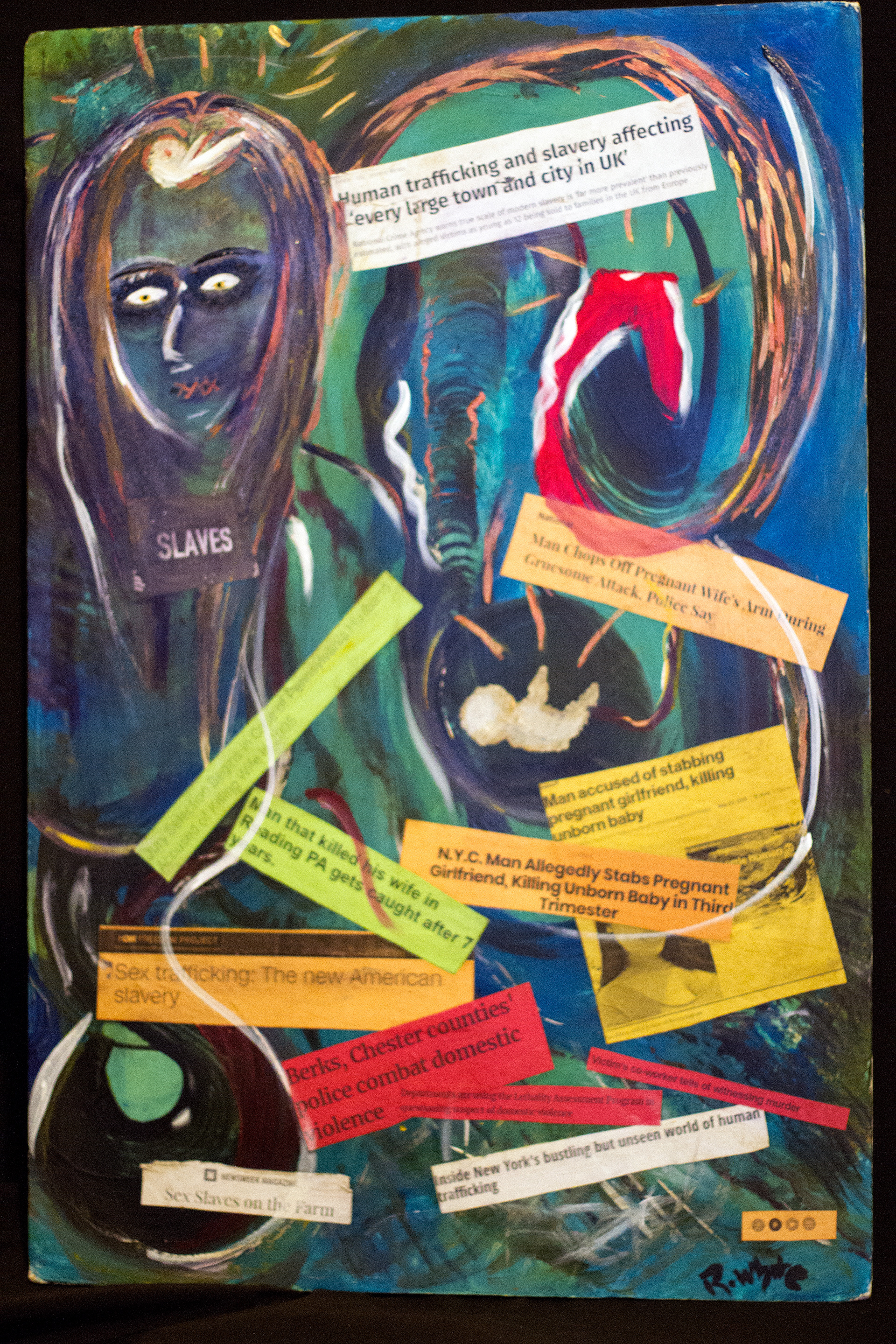 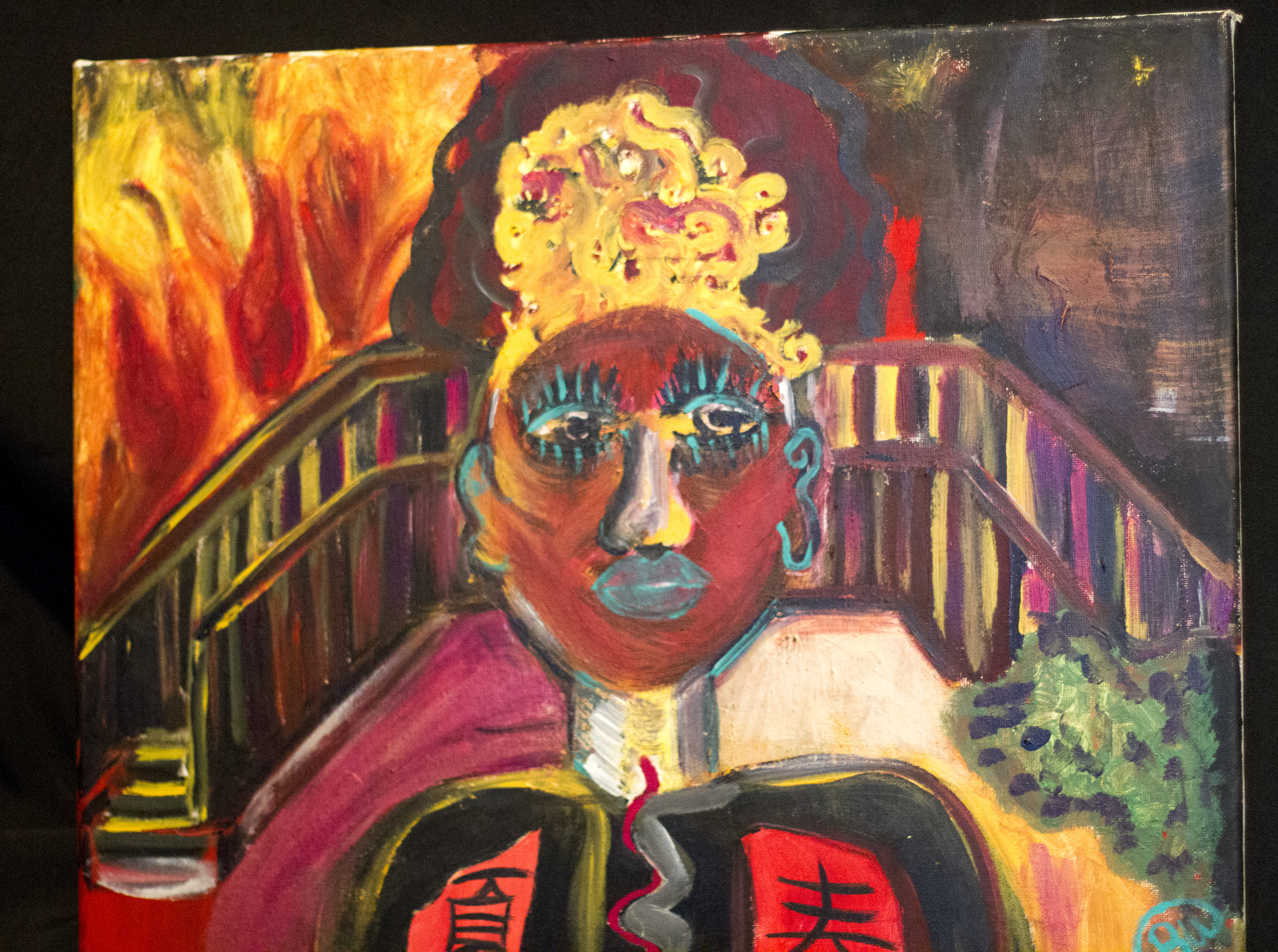 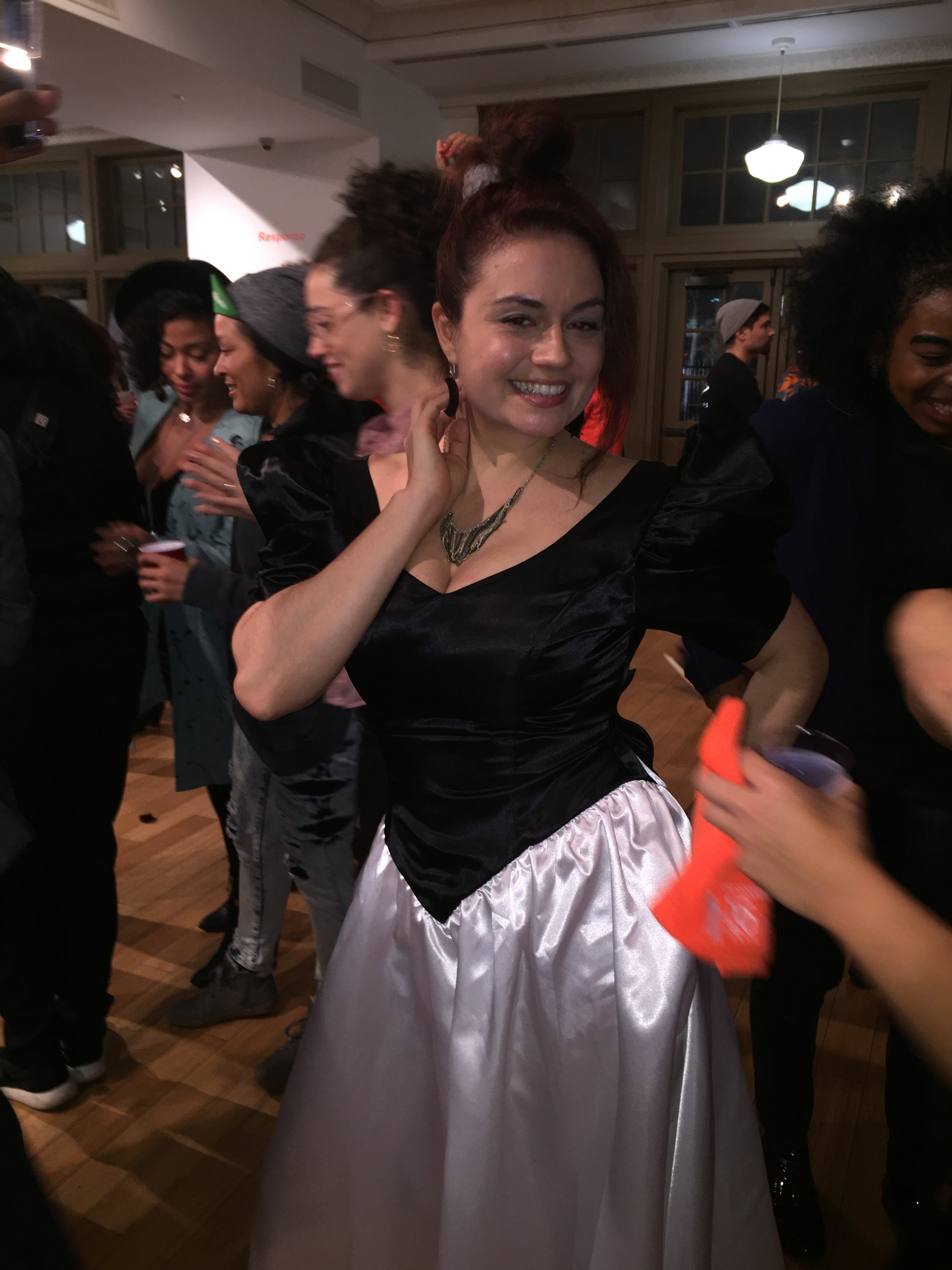 The art included used a combination of acrylic, oil painting, video, and multimedia elements to create artistic works relevant to spreading awareness about social issues and provide opportunities to heal. Art can inspire change in the hearts and minds of people and creativity allows me to share in a greater purpose. My art is used along side of entrepreneurial goals.
↑Back to Top